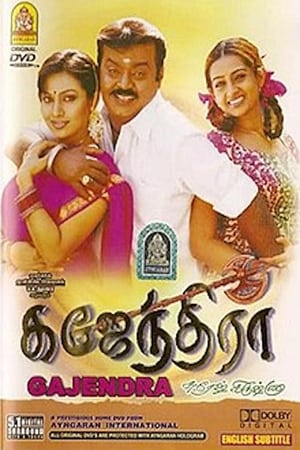 Movie: Gajendra-(2004)[0066505] Gajendra is the remake of Telugu film Simhadri and was later dubbed in Hindi as Return of Khuda Gawah. Gajendra (Vijayakanth), an orphan, is adopted and grows up under Azhagarsamy's (Sarath Babu) family care. Azhagarsamy considers him like his own son. Kasthuri (Flora), Azhagarsamy's granddaughter, falls in love with Gajendra. Gajendra takes of a mentally ill girl called Indhu (Laya). The rest of the story is about why he took care of her.