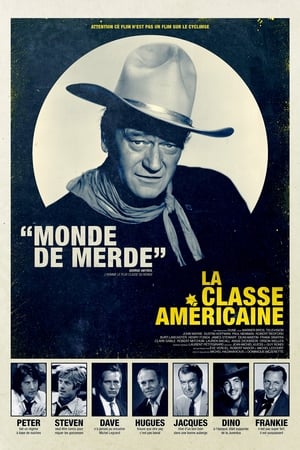 Movie: La-Classe-américaine-(1993)[16130] George Abitbol, the classiest man in the world, dies tragically during a cruise. With his last breath, he whispers: “Shitty world.” The director of an American newspaper, wondering about the meaning of these intriguing final words, asks his three best investigators, Dave, Peter and Steven, to solve the mystery… (16 French actors dub scenes from various Warner Bros. films to create a parody of “Citizen Kane,” 1941.)

The Right of the Weakest