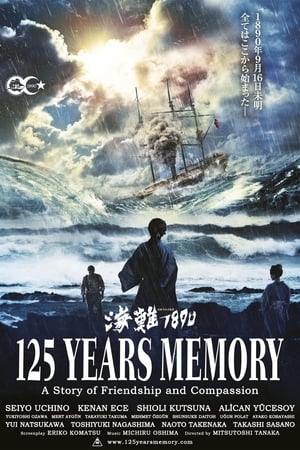 Movie: 125-Years-Memory-(2015)[402455] Two historical incidents that deepened the friendship between Japan and Turkey are connected in this Japanese-Turkish blockbuster: The sinking of the Turkish frigate Ertuğrul off the Japanese coast in 1890, and the evacuation of Japanese nationals from Iran in 1985. By making this film about friendship and compassion, the initiators intended to contribute to world peace. Director Mitsutoshi Tanaka's masterpiece was nominated for the Japan Academy Film Prize in ten categories, including Best Film and Best Director, and won the awards for Best Sound Recording and Best Art Direction.

Campaign of Hate: Russia and G