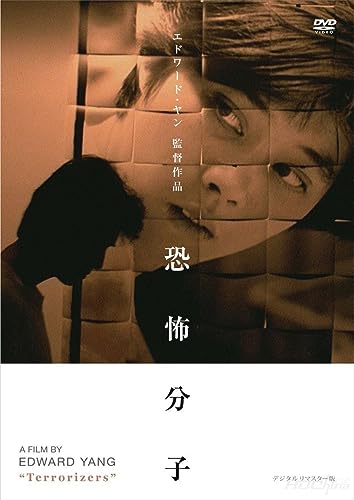 Movie: Kong bu fen zi(1986)[tt0091355] A metaphysical mystery about the lives of three couples in Taipei that continually intersect over a span of several weeks.

aodugo on 20 May 2005
I tried. I really, really tried to think of something that would merit rating this higher than a two. It's not that I don't "get it" -- I'm a big fan of Asian cinema. The truth is, the movie is infantile in construction, long-winded, and painfully disjointed.I suppose that if you are of Alfred Hitchcock's school of thought "Don't tell them, show them," then you could try to appreciate this movie, but you would still be hard pressed.First of all, The Terrorizers tries stream-of-consciousness in the style of Jean-Luc Godard and fails in this. Edward Yang seems to understand the basics of the technique, but he's very unskilled at it. (Perhaps he gets better with age; I don't know as I haven't yet attempted other Yang films.) The point is, he uses a dearth of "show, don't tell" that really only serves to interrupt the procession of the story. Sure, he gets in some visually arresting images, but they don't draw the story together, and they don't help to make it any better.Additionally, the major concept behind stream-of-consciousness and "show, don't tell" is that with the right images, the right drama, repetition, and tight correlation, the viewer will be able to make his or her own inferences; not to say that these will be the correct inferences, but those can be amended as the story progresses, and every director should strive for some of this type of audience interaction. In this, Edward Yang sorely disappoints. The viewer is constantly on the periphery. There is no reason to be drawn in, no reason to consider the characters or their motives, no reason to get emotionally involved, and really, no reason to stay alert.Finally, Yang gets lost in the story that he wants to tell, not the story that the movie itself is telling. His art moves in one direction, but like a large dog he can't control, he's constantly yanking the lead, trying to get it back onto the course he wants, not the one that it is naturally following. The most egregious example of this is the ending. The ending really should have occurred at the moment of the husband's revelation. The ending of the book that the movie is focusing on, (and by extension, a possible ending for the movie) has already been told to us. If Yang had chosen to end at that point, he would have had a much more powerful piece, leaving the watcher in suspense -- does the story play out as the book says, or does Yang's "real world" play out differently? Asking the viewer to think about this is the sort of viewer interaction that Yang painfully needs. Instead, he continues to tell the story he wants to tell, straining the natural conclusion for the sake of what? For the sheer sake of lingering on a main character -- we didn't' need to know more about her superficially, and Yang wouldn't feel the need to tell us if he hadn't made her into a veneer instead of bothering to make her a more engaging and deep character to begin with. Why else does Yang prolong and torture his movie? To get in some more of those "visually arresting images." The movie truly suffers for it. It wants to end, it has a conclusion that feels natural and leaves the viewer unsettled, but instead, Yang pushes on. Instead, Yang constructs a complex ending that leads the viewer on, causing him or her to constantly ask "so what?" The first ending, the one that Yang ignored, that was good. The second ending, well, my thought was"so what, who cares?", because it's not as if it is introducing something that hasn't been put forth in the storyline already... but the last ending? That really was a waste of time. Not only did the "real" ending leave me disengaged, but I also felt it was an affront to what the story could have been. Yang sacrificed a potentially good story for the bubblegum-melancholy-noir-tinged conclusion that he had insisted upon all along.My last problem with the movie has nothing to do with the movie itself, but rather its post-production. The subbing (if you see it subbed) is horrible. Long sentences stay up for a second or two, while short ones stay up far too long. Also, as Yang quickly changes images, the subtitles are removed from the screen. This is one of those rare instances that subtitles should be able to stay on the screen even as the image has changed, because there's not much dialog going on anyway.

A City of Sadness